HRH The Duke of York visited UKAEA to see at first hand the pioneering work on fusion energy.

He toured JET and was shown round the facility by officials from UKAEA, EUROfusion (the consortium that manages the JET research programme) and the European Commission.

A keen advocate of UK business and innovation, The Duke also heard how the research at Culham Science Centre will help hi-tech companies to win contracts on major projects on the path to delivering commercial fusion power.

“His Royal Highness was very interested in the potential of fusion. JET is both an important part of Britain’s hi-tech landscape, and the largest European science facility in the UK. We were delighted to show The Duke around JET and explain its vital role in international fusion research.”

The Duke also met UKAEA staff, including engineering apprentices from the Oxfordshire Advanced Skills centre, which is now training young people from around 20 hi-tech firms across the region as well as from UKAEA. UKAEA apprentice Thomas Eagles was one of those who got the chance to meet The Duke.

“It was an honour meeting The Duke of York, and his interest in science and technology is inspiring to young apprentices like me. Meeting people like him reinforces the importance of industries like engineering in everyday life. He asked us about our apprenticeships – what we are doing, how we feel about it, and if it was the right decision over other options.” 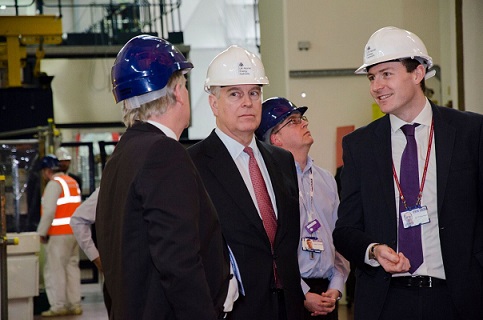 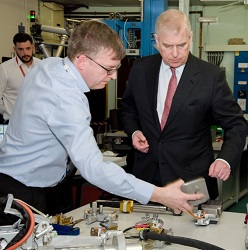