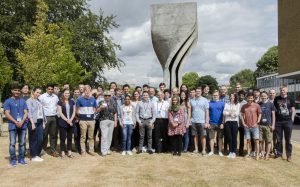 The 2018 UKAEA Culham Plasma Physics Summer School took place in July and was the 55th to be held at Culham Science Centre. This year 41 students from 23 countires attended which represented 36 different institutions globally.

We would like to extend thanks to everyone involved in making the 2018 Culham summer school a fantastic success.