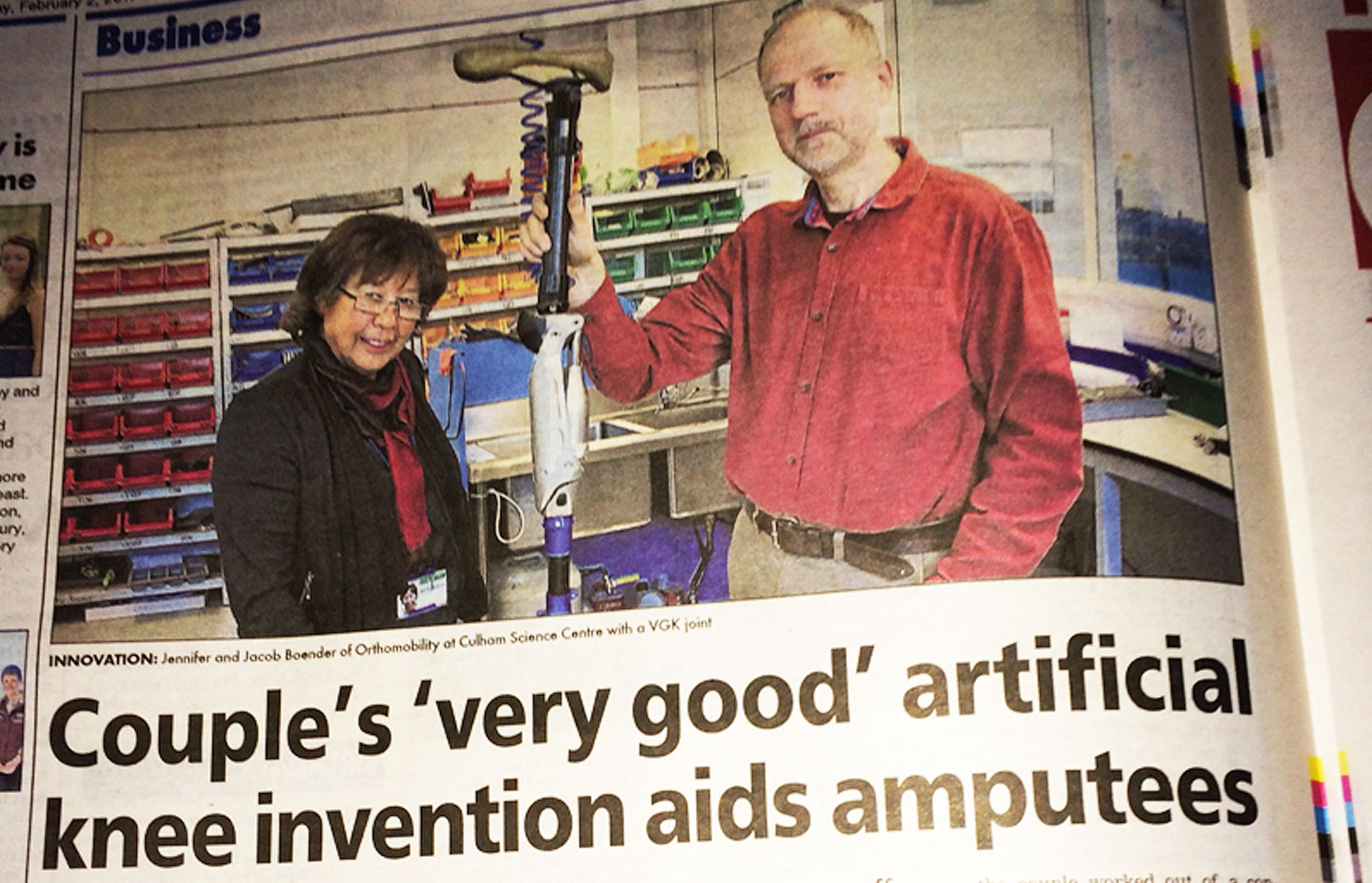 Culham-based Orthomobility exports its Very Good Knee joints to clinics around the world.

Husband-and-wife Jacob and Jennifer Boender worked with amputees to develop their knee joint, which uses fluid-based, hydraulic-style technology to control an artificial limb.

Unlike rival electronically-controlled models, the invention does not run on batteries, or need recharging.

Mr Boender, whose background is in prosthetics, said: “The fluidics harness the natural properties of fluid movement to blend in with those of the human body.”

The couple came up with the name Very Good Knees, because they say that was most amputees’ first words after trying out the product for the first time.

VGK joints are typically cheaper than electronic designs and used by amputees of any age.

Trained psychologist Mrs Boender explained: “There’s a common perception that people in the armed forces lose limbs but anyone can lose a limb at any time due to trauma and disease.

“Yet adequate funding for civilian amputees is often overlooked. “

She added: “The problem with old-style knee joints was they were very expensive and often not available on the NHS.

“It’s a shame because it means many amputees can’t get the best knee joints.

“We want NHS patients to have it, so we made it at a much lower price.”

Before moving into Culham, the couple worked out of a converted garage at their home in Marcham.

Users are able to walk down stairs, cycle and kneel and there is also a lighter version weighing less than a kilo but with all the same functions, which is designed for amputees with extremely short stumps.

Mrs Boender, a trained psychologist, said: “These are often young boys who have had bone cancer and are unable to use some knee joints because they are too heavy for the stump.

“It was a very, very big challenge to keep the weight down.”

The couple have been awarded patents in the UK, US and Europe.

Raising money to fund production has been a struggle but seven years ago, NHS Innovation Centre funding helped put their prototype into production.

Parts are made in UK factories, assembled in Culham then exported to Europe, the US, South Africa, Australia and even Siberia.